Jeff grew up in Ithaca, NY and received a BS in Computational Biology from Brown University. Jeff then joined Alexander Rudensky’s group at the University of Washington in Seattle, where he studied the development of regulatory T cells as a post-bac.

Jeff continued his interest in developmental biology as an MCB graduate student and ARCS scholar in Jim Priess’ lab at the Fred Hutchinson Cancer Research Center, where he discovered novel mechanisms of epithelial tube formation in C. elegans embryos.

As a postdoc in Alvaro Sagasti’s lab at UCLA, he focused on how sensory axons in the skin remodel in the face of a constantly changing tissue environment. His postdoctoral studies were supported by the Jane Coffin Childs Memorial Fund and a K99/R00 award. Outside of lab, he enjoys running – for exercise and to keep up with his kids. 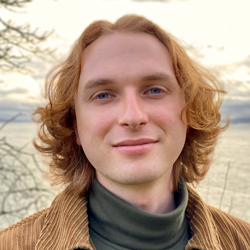 Erik earned his bachelor’s degree in molecular biology from the University of South Florida in 2018. After graduating, he relocated to Seattle to work as a research technician in Aakanksha Singhvi’s lab at Fred Hutch. While in the Singhvi lab, Erik grew a passion for cellular interactions between neurons and non-neuronal cells, such as glia, skin, immune cells, etc. Erik is excited to further explore the interaction between neurons, skin, and specialized somatosensory cells in the Rasmussen lab. Outside of lab Erik enjoys seeing live music and exploring the food and drinks scene in Seattle. 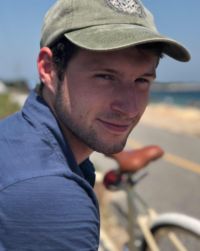 Evan obtained his bachelor’s degree in cell biology while participating as a student-athlete for Rockhurst University’s men’s soccer team. Upon graduation, he worked as a research tech in Prachee Avasthi’s lab at KU Medical Center where he confirmed his passion for cell biology and microscopy while studying Chlamydomonas reinhardtii, a single-celled, eukaryotic algae. His research focused on visualizing the Chlamydomonas actin cytoskeleton and characterizing the role of actin-nucleating formin proteins in this algae. He’s excited to apply his background in cytoskeletal dynamics to a developmental model and learn zebrafish imaging techniques. Outside of lab, Evan loves to go on long runs, play guitar, and pick up any book written by Haruki Murakami. 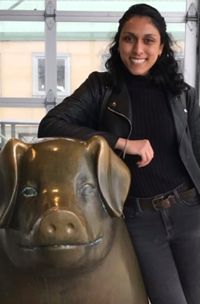 Samantha is originally from Miami, where she completed her Bachelor’s in Biological Sciences at Florida International University. Currently, she is part of the Molecular & Cellular Biology (MCB) graduate program at the UW. In the Rasmussen Lab, Samantha is using the zebrafish model to study the processes of regeneration and how they may relate to development. She is using fluorescent imaging to watch how skin heals and becomes reinnervated after injury in real time. One of Samantha’s greatest drives is to share the wonder of science with the public. She hopes to devote her career to helping translate the discoveries made by scientists into concepts that even those without an academic background can still appreciate. Outside of lab, she enjoys the tranquility of the National Forests and hopes to explore the many unique locations across the US. 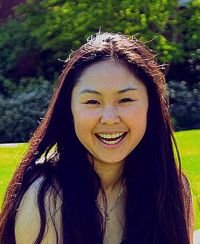 Camille recently graduated from the University of Puget Sound with dual degrees in Molecular & Cellular Biology and Japanese. At UPS, she researched nanotoxicity of bismuth nanoparticles on bacteria in Emily Tollefson’s lab. Camille is excited to now be working in the Rasmussen lab, looking at interactions between axons and epidermal cells. In her free time, Camille enjoys playing ultimate frisbee, trying a variety of crafts and hanging out with her dog, cat, and chinchilla. 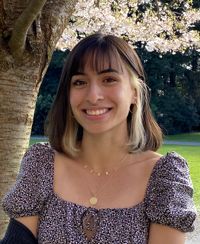 Pearl is an undergraduate student majoring in Biochemistry at the University of Washington. She became a member of the Rasmussen lab through the university’s Enhancing Neuroscience Diversity through Undergraduate Research Education (ENDURE) program. In the lab, she is excited to engage in nerve regeneration research using zebrafish as a model organism. In her freetime, Pearl enjoys a variety of outdoor activities, including hiking, skiing, and roller skating. 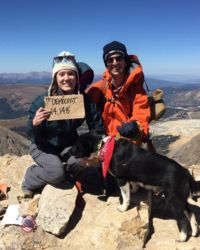 Eric attended the University of Maine where he obtained an undergraduate and a Master’s degree. It was during this time he was initially introduced to using zebrafish as a model organism in the lab of Carol Kim, studying innate immune responses to bacterial infection using larval zebrafish. Following this, he attended the University of Colorado Anschutz Medical Campus and obtained his Ph.D. in the lab of Rytis Prekeris, where he moved into cell culture and studied cell division and the role of the post-mitotic midbody. He is excited to return to using zebrafish as a model, in which he’ll be studying Langerhans cells and reinnervation at sites of skin injury. Outside of lab, Eric enjoys dong all-things outdoors with his wife, daughter, and dog.

Elgene is a recent graduate of the UW, with a dual degree in Biochemistry and Biology (Molecular, Cellular & Developmental). His project revolves around tool building by constructing genetic reporters for analysis of skin/neuron development and repair. In his free time, Elgene enjoys a wide variety of things. From attempting to learn new concepts from different scientific disciplines (e.g., quantum mechanics, advanced mathematics, etc.) by browsing the internet and reading scientific papers to trivia quizzes, playing videogames, collecting memes and playing the violin. He recently has taken up learning to play the piano and programming with an interest in data science, machine learning and simulations. 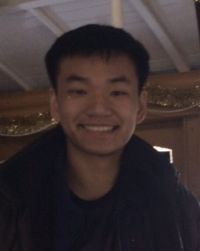 Nathaniel is an undergraduate at the University of Washington who is currently undeclared, but is interested in majoring in biology.

Nathaniel is currently working on understanding the dynamic characteristics of Merkel cells in the epidermal environment of zebrafish.

Want to join the lab?

The lab is looking for enthusiastic and hard-working scientists at all levels! Find out more.